Do you look at it as a negative thing or a way to challenge yourself to get better?

Are you comfortable enough to look within yourself to identify your weaknesses?

After you acknowledge them, what’s the next step?

Can your weakness strengthen you into a more improved person?

Thanks for stopping by.  🙂

Which is more powerful a negative emotion or positive one?

Can a negative emotion impact change faster and with more power than a positive one?

Looking in history at some civil rights leaders were they led by their negative or positive emotion?

When are you considered Obsessive in a relationship?  Do Obsessed people turn into stalkers?

I LIVE-i-CATE this post to my homie and comrade, Gee Jordan.  His post entitled “5 ways women destroy relationships” inspired me.  Love ya’ man!!!

We are women.  We love men.  How they look, how they’re built, what they smell like (even after working hard all day or having just stepped out of the shower).  Their confidence, their strength and how they can make our bodies scream with ecstasy in the bed.  Shyt!  But sometimes, yes at times, they are like alien creatures to we women and most difficult to figure out.  This can have a negative effect on any relationship they ever have.  Here are a few things they could possibly do to mess some things up, including getting cut off in the bedroom… END_OF_DOCUMENT_TOKEN_TO_BE_REPLACED

Isn’t wearing makeup actually just the same as lying to someone? You are putting yourself out to the world as you look like one person, then when the makeup comes off ….”OMG!” …there is a totally different looking person standing in front of you!…Would you know that the woman in the picture to the far left is Heather Locklear?

Hell no…but you probably recognized her in the picture on the right hand side. Did Adam wake up one morning and say “Eve, you look like crap this morning” and she was so
upset she ran down to the Clinique counter and bought a bunch of crap and threw it on her face? When a cave woman who was shoving her face into a stream and drinking from it,  suddenly emerged with mud all over her face,did her caveman friend said “I gotta have that NOW”? Did the rest of the cave women got jealous and started rubbing mud all over their faces too? Take a look at how some of the biggest celebrities look without makeup END_OF_DOCUMENT_TOKEN_TO_BE_REPLACED

Recent Posts By All Authors 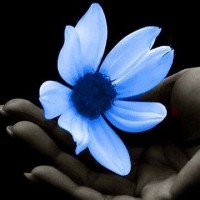 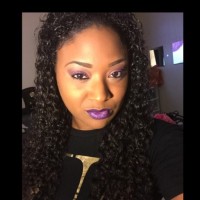 Was I born a masochist or did society make me this way?

.. And the caterpillar became a butterfly

Making ¢ents out of the senseless Capital Markets

This is where I let my thoughts fly. Just don't block my flightplan...

Welcome to my little slice of the blogosphere

Life Styles of the Chic and Famous

motleythreads.wordpress.com/
Conversations Of A Sistah